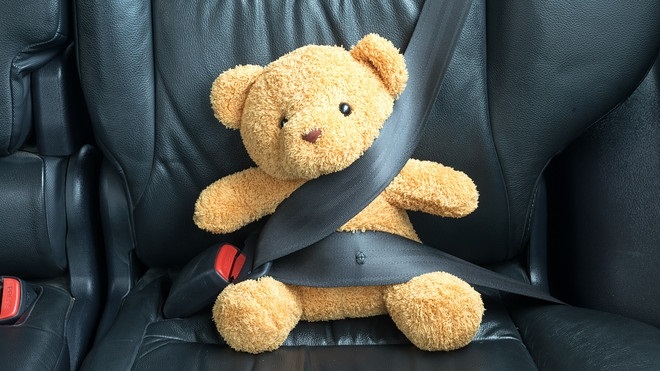 Buckle up, the rally is on!

Buckle up, the rally is on! Equity and, to a lesser extent, fixed income markets surged during November on a tandem of huge news items. First was the fact that the 2020 election resulted in a mixed government, and that was followed up with a pair of vaccine candidates releasing very promising data from their phase three trials. The S&P 500 was a laggard among the major indexes despite rising 10.9%. The S&P 400 Mid Cap gained 14.3%, the S&P 600 Small Cap 18.2%, the Dow Jones Industrial Average 12.1%, and the NASDAQ Composite was up 11.9%. International indexes soared as well with the MSCI EAFE up 15.5% and MSCI Emerging Markets 9.3%. All eleven sectors finished the month higher with seven of them posting double-digit gains. Energy led the way (XLE, 28.0%) with a gain that was driven by a more than 25% increase in the price of oil while the more conservative Utilities sector brought up the rear with a paltry 0.7% gain (XLU). Treasuries had a slightly positive return (0.3%) but corporate bonds fared much better with a 2.8% and 4.0% return for Investment-Grade and High Yield, respectively. International fixed income rounded out the bunch with a 2.4% gain. The equity rally spurred a flight from gold (GLD) which finished down 5.4% but commodities as a whole (DJP) rallied more than 4% behind the strength of oil.

As mentioned above, the two main factors driving November’s rally were the election results and positive developments in the race for a Covid-19 vaccine. First up was the presidential election. As many people predicted, the large number of mail-in ballots that were cast due to the pandemic and the various rules that each state had in regards to when they would get counted meant that the country went to sleep on November 3rd without knowing who the next president would be. A handful of swing states were either too close to call or had too many votes outstanding to be able to project a winner. Nevertheless, the market rallied the following day with the S&P 500 up more than 2% despite a clear election result and allegations of irregularities around the process.

That immediate surge in stock prices was seen as a sigh of relief at the fact that, while the outcome was not yet certain, it appeared that the three branches of government would not be controlled solely by the Democrats and thus it would be difficult for Joe Biden to implement any changes with regards to increased regulations and/or corporate taxes if he were to become President[1]. Political gridlock doesn’t necessarily mean that nothing will get done, but it does mean that significant change is less likely[2]. President Trump’s four years in office heavily featured tax cuts and deregulation which were very beneficial for corporations and subsequently for their stock prices as well. If no major changes happen under a dividend Congress, this favorable environment for corporations is likely to persist. While the data set is too small to draw any meaningful statistical conclusions from, it is worth noting that stock prices have increased by an average of 13% in calendar years that featured a Democratic President and a divided Congress.

Stocks continued to rally as the ballot counting continued and the first week of November ended without a winner being declared. On Saturday, November 7th, the mainstream news outlets finally called the election for Joe Biden. S&P 500 futures contracts traded upwards as a sign of relief that a conclusion had seemingly been reached. Any impact that this news would have had on stock prices was quickly drowned out on November 9th by the news that the world had been waiting for since February. Pfizer released preliminary results from its collaborative vaccine effort with BioNTech that showed 95% effectiveness at protecting subjects against Covid-19 when compared to a placebo shot[3].

The data was still awaiting peer review but Pfizer’s stock opened up more than 14% that Monday. Not all stock prices welcomed this news, however. The Dow Jones Industrial Average closed the day up almost 3%, the S&P 500 more than 1%, and the S&P 600 Small Cap almost 5%, but the NASDAQ Composite was down about 1.5%. The rotation out of the growth stocks that had fueled this year’s rebound from March’s lows had begun. Over the two weeks that followed, value stocks started to come back in favor for seemingly the first time in a decade while the high-flying growth stocks that had been pumped up higher and higher over the same period saw mostly muted returns. The Dow rallied more than 3.3% over this time frame alongside a 1.4% rise for the S&P 500, a 10.3% gain for the S&P 600, a 5.2% gain for the S&P 500 Value Index, and 0.3% loss for the NASDAQ composite.

Over the remainder of the month, we got additional good news from Moderna’s vaccine candidate that showed 94% effectiveness[4]. Oxford and AstraZeneca also unveiled data showing 70% effectiveness[5], but there was some controversy around the results[6]. Some volunteers had mistakenly been given lower dosages of the vaccine but those individuals saw significantly higher efficacy from the drug. While the 70% figure might have been met with a joyous response at the beginning of the month, it ended up being a let down after the 90%+ efficacy of the previous two vaccine studies. One positive aspect of the Oxford vaccine is that it is more likely to be made available to poorer countries, while the results of the other two candidates are likely to be distributed largely in the United States and European Union[7].

Amid all of this optimism and surging equity prices, treasury yields, even at longer maturities, have remained stubbornly low[8]. On its face, this seems to be a contradiction since treasury yields and equity prices typically move together; as stock prices fall, people flock to the safety of treasuries, which drives their prices up and their yields down and vice versa. This led to speculation that the stock market rally seen in November was unsustainable and that the bond market was reflecting the sentiment that all of that euphoria would come crashing back to earth. It is possible that some other force is at work this time around, however, as Central Bank policy could be outweighing normal market dynamics. Earlier this year, the Federal Reserve altered its policy regarding inflation, switching from a strict 2% target to a more opaque 2% “average”. One implication of this 2% average is that inflation will be allowed to run above 2% in the short-term and the Fed won’t be as quick to raise interest rates. This hesitancy to raise rates combined with the potential for renewed purchase of longer-dated securities makes the prospect of low yields amid rising stock prices actually make sense instead of being a harbinger of an equity sell-off.