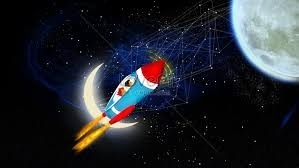 Markets Fall Back to Earth

The stock market fell back to earth during the month of September. Months of endless gains left us overdue for a correction and gridlock in Washington over further stimulus seemed to provide the perfect catalyst. US indexes were down across the board including the S&P 500 Large Cap (-3.9%), S&P 400 Mid Cap (-3.4%), and S&P 600 Small Cap (-4.8%). The NASDAQ Composite finished the month down -5.2% as the highest-flying stocks of the post-pandemic rally were also the hardest hit by the correction. International domestic (-2.9%) and emerging markets (-1.8%) followed suit. The Materials (XLB, 1.0%) and Utilities (XLU, 0.2%) sectors both weathered the storm with positive returns for the month while Energy held onto its claim for the least loved sector with a 16% drop. US Treasuries (IEF, 0.3%) and international bonds (IAGG, 0.4%) also held up well while corporate bond sectors (VCIT, -0.6% and HYG, -1.3%) did not. Both commodities (DJP, -4.4%) and gold (GLD, -4.2%) took a break from their recent rallies as well.

Back in May and June, we talked about the various “shapes” that the economic recovery might take both globally and within the US. Back then everyone was hoping for and thought we might get a V-shaped bounce back, but the pandemic continued to drag on and those Vs slowly morphed into Us, Ls, Ws, hockey sticks, Nike swooshes, and many other forms of alphabet soup. Recently, new data has suggested that the recovery has been felt very differently depending on race, age, or socioeconomic status. The newest shape of the overall recovery has been described as a “K”.

Our focus here is mainly on markets and in that regard, the recovery has been very much V-shaped. The Dow Jones Industrial Average’s post-pandemic high put it in positive territory for the year before September’s sell-off, the S&P 500 has been in positive territory for the year since July and even eclipsed its pre-pandemic high prior to September, and the NASDAQ composite has traded well above its pre-pandemic high since early June. All three of these indexes entered bear market territory in record time and all have exited just as quickly. They may be a bit wider than the letter Vs you would typically draw but those are V-shaped recoveries nonetheless.

The story of the people at the very top of the income distribution is very well covered. This year’s Forbes 400 list started with the words “Pandemic Be Damned” as it goes on to detail how this group increased their net worth by $240 billion from the year prior[1]. Another article focusing only on the period spanning the pandemic juxtaposes the $637 billion increase in the net worth of billionaires against the 40 million Americans who filed for unemployment over the same time frame[2].

But it isn’t just billionaires who have been relatively unaffected by the current state of the economy. The top 25% of weekly earners have actually seen their incomes increase since the start of the current recession[3]. This is the same cohort who has largely benefitted from the shift to remote work with more than half of workers earning $100,000 or more able to work remotely and more than 70% of people earning greater than $200,000[4] able to do so. This optimism is echoed in the business world as well with CEO confidence at its highest level since Q3 2018[5].

The sad reality, however, is that the stock market is not the economy and it has next to no impact on the lives of most Americans. As of the first quarter of 2020, the top 1% of Americans owned 51.8% of US stock assets while the bottom 90% only owned 12.8% with the bottom HALF of Americans owning just 0.7%[6]. Those statistics highlight the fact that the V-shaped recovery of stocks has largely benefitted people who were already well off and remained relatively unaffected by the pandemic’s economic impact.

Everything we outlined about the stock market recovery impacts the upper leg of the overall K-shaped recovery; now for the grim realities of the bottom leg. While the overall unemployment rate was most recently reported as 7.9% on Friday, the pain is not spread around equally[7]. The unemployment rate among Black Americans (12.1%), Hispanic Americans (10.3%), and workers ages 20-24 (12.5%) were all well above the headline number while the rate for White Americans (7.0%) and men ages 25+ (6.8%) were lower. This data also masks the more pernicious impacts of prolonged shutdowns. When shutdowns were first enacted, many thought that the enormous spike in lost jobs would be temporary as workers returned to their jobs upon reopening, but “temporary” job losses are becoming permanent at a worrying pace. At this point in the current recession, permanent job loss is 4-5x what it was at the same point in both 2001 and 2007’s recessions[8]. As more and more job losses become permanent, there will be increasing friction acting against the rapidly falling headline unemployment rate which is still right around the highest levels of the 2008 recession. This picture is mirrored in business closures as well. Yelp reported that not only have total business closures been trending up since June, but the percentage of those closures that have become permanent is up to 60% with restaurants, retail, beauty, and bars being the hardest hit[9].

In data that was compiled before the release of September’s jobs report, the Washington Post highlighted the disparate impact across different age, class, and racial groups3. In April, the employed percentage of the population ages 25-54 was at its lowest level since 1975. Even after all of the jobs recovered through August, we were still at the same levels as the worst of the 2008 recession. The black, Hispanic, and younger populations as well as mothers of school-aged children have all been disproportionately affected by the job losses seen since the start of the pandemic. The majority of 18- to 29-year-olds are living with their parents with numbers not seen since the Great Depression[10]; millions of Americans have reported not being able to afford food, rent, or other necessities[11]; and miles-long modern-day bread lines have formed at food banks in the US[12]. All of this for a portion of the population that already reported in good economic times that they couldn’t afford an unexpected $400 expense[13] let alone consecutive months with only 75% of their paychecks, if that.

Amid all of this, we are beginning to see another uptick in COVID cases in the US again just as fall, cooler weather, and flu season approach[14]. As long as this continues to be the case, the stratified economic pain outlined above will likely persist and at some point, start finding upward mobility. While Congress has been unable to craft a response to the current economic suffering, the Trump administration enacted an eviction moratorium via the CDC that would stay in effect through the end of the year[15]. This, in addition to student, mortgage, and auto loan forbearance, will provide temporary relief to those affected but these bills will all come due eventually as they continue to pile up in the meantime. Again, many of these people are the same ones mentioned in the Federal Reserve study referenced above who couldn’t afford an unexpected $400 expense or were living paycheck to paycheck. How long is it going to take them to pay back a year’s worth of loan payments?

The realization that there may not be more stimulus is as good of an explanation as any for why stocks were hit so hard at the beginning of September. Wall Street seems to finally be waking up to the realities that Main Street has been facing since March. More stimulus could help to bridge the gap between now and an eventual vaccine but there is no guarantee that the hardships will end once that elixir is discovered. There has undoubtedly been an impact on our collective psyches that only gets worse the longer we remain separated from our old lives so who’s to say that demand for “non-essential” businesses will return to normal? What impact will the rapidly rising permanent job losses have on the length of the downturn for the bottom half of Americans? As small businesses close, what is stopping larger corporations from gobbling up the remaining assets at distressed prices? Stocks may be near all-time highs but there are undoubtedly hurdles still to overcome that could drag them right back down. The US economy is driven by consumer spending and with one half of the country in depression-era conditions and the other content to reduce spending, pay down debt, and increase savings, it is hard to see how the economy avoids another dip without a lifeline from the government.