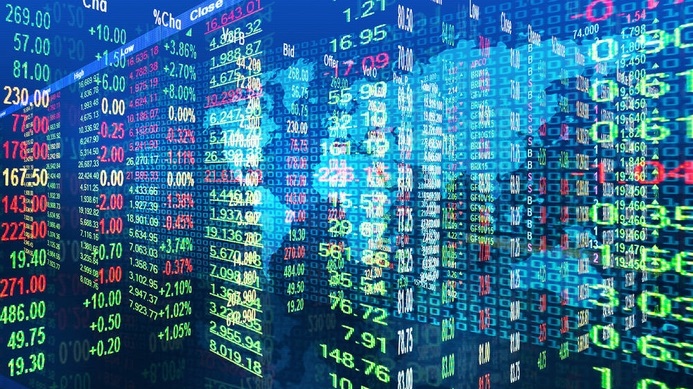 Stock indexes spent the month of August defying belief. The S&P 500 (7.2%) and NASDAQ Composite (9.7%) both climbed to intraday record highs on the final day of August trading. Those gains were mirrored by major indexes across the board as the S&P 400 (3.5%) and S&P 600 (4.0%) both rose as well. Even the Dow Jones, typically the laggard with its mostly stodgy constituent list, rose 7.9% for the month, buoyed by Apple’s 22% rise. To no one’s surprise, the Technology sector (11.9%) led the way but Consumer Discretionary (9.6%), Communication Services (8.8%), and Industrials (8.5%) also had impressive gains while Energy (-1.1%) and Utilities (-2.6%) floundered. Internationally, the MSCI EAFE Index rose 5.2% with MSCI’s Emerging Markets Index up 2.2%. Fixed-income returns across many sectors were in the red as treasuries (IEF, -1.0%), investment-grade (VCIT, -0.2%), high yield (HYG, 0.0%), and international (IAGG, -0.6%) all finished slightly negative. Finally, an early August rally pushed the GLD ETF up 4.6% in the first week of the month only to give it all back and then some with a more than 5% drop on the 11th. By the end of the month, prices had recovered and GLD finished down only 0.3% while the commodities ETF DJP continued its rally with a 7.9% August gain.

Stocks being at record levels would seem to defy economic reality at the moment. I don’t need to rehash the data that you have read here and everywhere else over the last five months but it has been, in a word…bad. I have heard from many Main Street investors who are simply waiting for the other foot to drop and for stocks to start reflecting economic reality. While the current level of around 3,500 for the S&P 500 may seem a bit lofty, NYU’s Aswath Damodaran, an expert in equity valuation, opined back in June that the S&P 500 was “probably fairly valued at 2,900 to 3,000” and added that 3,200 was “not so wildly inconsistent where you’d say it makes no sense”[1]. With progress being made towards a potential vaccine, the hope of further stimulus, and the Fed’s new stance on inflation (more on this later), it would seem plausible that the figures quoted then have all crept up higher in the months since.

If you break the rally from March’s low down by sector, you have a clear separation of those that have rebounded back to February’s highs and beyond (The Recovered) and those that have yet to do so (The Recovered-Nots). During the sell-off from February to March, fear was strengthening its grip on traders’ emotions. Panic selling had set in by the time we reached the lows as every security in the portfolio was suddenly for sale. Emergency measures from Congress and the Fed stopped the bleeding and the next two and a half weeks saw assets rebound across the board. By April 9th, investors had some time to adjust to the new reality and winners and losers began to emerge. Looking from this date forward, The Recovered include Consumer Discretionary (S&P 1500 Consumer Discretionary components up 48.0% since 4/9), Technology (45.0%), Communication Services (33.3%), Materials (24.0%), Healthcare (15.7%), and Consumer Staples (14.7%). All six of these sectors have not only rebounded to their pre-pandemic levels, but they also set new all-time highs near the end of August. Conversely, The Recovered-Nots have struggled since April 9th, including Financials (12.5%), Energy (5.5%), Real Estate (3.0%), and Utilities (-3.6%) all still down 14-36% from their pre-pandemic highs.

Considering all of the predictions about what would change in the wake of the pandemic and how certain trends already in place would accelerate, you can interpret the data above as equity markets betting on which industries will end up the post-pandemic winners and which will end up the losers. In addition to the data above, consider that from February 12th (pre-pandemic) through the end of August, The Recovered are up 11.5% cumulatively while The Recovered-Nots are down 18.0%. With The Recovered comprising 75% of the S&P 1500, it would appear that this rebound has been widespread. Digging into each sector, you find a much different story.

In Communication Services, Facebook and Alphabet account for 68% of the sector’s market cap increase among S&P 500 constituents since April 9th and 84% since February 12th. Amazon alone accounts for 60% of Consumer Discretionary’s gains since April 9th and more than 100% of gains since February 12th. For Consumer Staples, Walmart and Procter & Gamble account for 35% and 98% respectively, and it should come as no surprise that Apple and Microsoft are at the top of the list in Technology at 64% and 79% respectively. When looking at the S&P 500 index, just these seven stocks account for 46% of the market cap increase since April! Even more shockingly, since February 12th, the market cap of these seven companies has gone up $2.1 trillion while the rest of the S&P 500 has shrunk by $0.8 trillion.

That, in a nutshell, is why this market rally, despite a lack of breadth, isn’t as crazy as it first seems. These are companies whose businesses are either largely web-based and light on physical interaction, or staples of human consumption that own a diversified portfolio of products that can sustain sales during tough times (P&G) or have a presence in nearly every American city while also trying to become the next Amazon (Walmart). We’re not looking at a crazy melt-up in stocks across the board, just a handful of already powerful companies who were either unaffected by the pandemic or took advantage of the situation to grab even more market power.

And with the Federal Reserve’s announcement of a shift in policy last week, stocks may stay in favor for the foreseeable future. In the 1970s, inflation presented an enormous headwind to the US economy. Paul Volcker entered his term as Fed chairman intent on curbing it. The annualized rate of inflation peaked at 14.8% in March of 1980 and by June of 1983, it was below 3%. The actions required to tame the beast did have economic consequences afterward in the form of a recession but inflation has only risen above 5% in 16 of the monthly readings since then. Once under control, the focus shifted to what level of inflation was desirable for the health of the economy. Language around inflation targeting started to appear in the minutes of Fed meetings in the mid-90s[2] and in 2012, Ben Bernanke stated that the Fed’s explicit goal was to target an inflation rate of 2%. Unfortunately, since that policy shift, the core PCE reading of inflation has rarely crossed above that threshold.

Inflation persistently coming in below target can present a number of issues for the economy. Stagnating economic growth and deflation immediately come to mind but persistently lower inflation also leads to lower interest rates which means monetary policy is less effective when needed. By shifting their target from a firm 2% to a 2% average, the Federal Reserve has indicated that if inflation stays below 2% for longer periods of time, they will let it run above 2% for a while before taking action to rein it in.

The reasoning behind the shift is a change in the relationship between inflation and the unemployment rate. Traditionally, during times of high unemployment, there is a large supply of labor and low demand. This creates a scenario where employers can easily find employees and don’t need to pay high salaries to attract them. Wage growth is minimal in this scenario, as is inflation. When the unemployment rate starts to fall, available labor becomes scarce and employers looking to hire must offer higher wages to attract workers. Wages slowly rise and inflation follows. This relationship seemed to come uncoupled in the most recent economic cycle as unemployment reached 50-year lows but inflation failed to rise meaningfully. Additionally, the Fed’s estimate of GDP growth has dropped from 2.5% to 1.8% since 2012 while the neutral federal funds rate (the assumed rate that neither stimulates nor slows down the economy) has fallen from 4.2% to 2.5% over the same time frame[3].

There were also some interesting comments from chairman Jerome Powell with regard to how they will view the unemployment rate going forward. He specifically made reference to “low- and moderate-income communities”[4] that could signal a shift in focus from simply viewing the unemployment number as an aggregate to paying attention to the underlying components. The implication here is that unemployment was able to stay low without subsequent inflation because wages at the low end of the economic spectrum remained depressed despite many workers being employed, or rather, underemployed.

It is unclear how exactly the Fed will achieve its new mandate or what level of inflation above 2% is now acceptable, but the set of tools available to them has expanded significantly during the financial crisis and the pandemic. Normally, the Fed would respond to inflation by raising interest rates, but if inflation is going to be left to run for a little longer, that would mean that interest rates will be left lower for longer to do so. Low interest rates played a large role in fueling the stock gains since the financial crisis, a trend that looks likely to continue with this new policy, but they also enabled corporate debt levels to balloon. Low interest rates also mean less coupon income from new bond issues. It would appear that the TINA (there is no alternative) argument for stocks remains alive and well.