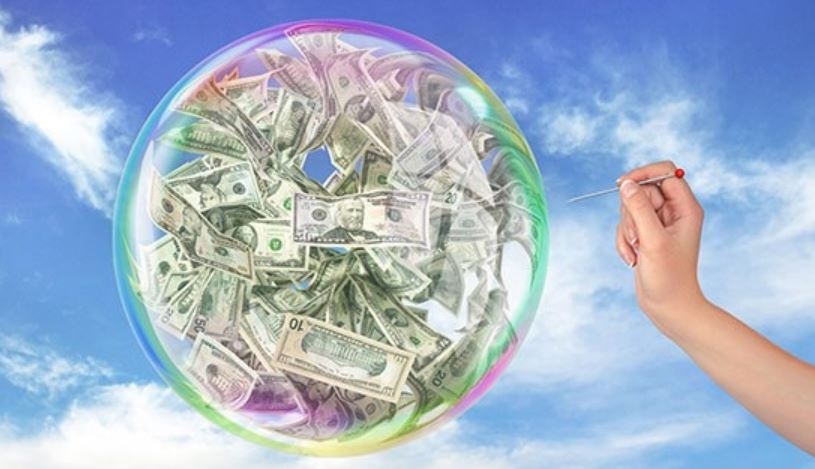 On Bubbles and Bitcoin: How Bubbles Inflate

On Bubbles and Bitcoin Part 1: How Bubbles Inflate

There’s been a lot of talk about bubbles lately; stock indexes are at all-time highs, real estate prices are posting record increases, GameStop stock rose 1,700% in four weeks before falling 85% in just over a week, and interest in Bitcoin is once again at a fevered pitch with the digital currency up more than 900% from its pandemic lows. But this fascination with bubbles isn’t exactly a fresh idea. A September 2015 Forbes article assertively stated that we were in the midst of another tech bubble when the NASDAQ Composite closed the month around 4,600. That index is currently trading near 14,000. This article is the first of three in which we will explore the phenomenon of investing bubbles; how they inflate, how they pop, how they evolve over the long-term, and whether or not they can simply inflate indefinitely. In this first piece, we will focus on the initial stages of inflation and popping.

A key component of understanding bubbles is to realize that price and value are not synonymous with one another. As Benjamin Graham stated, “price is what you pay, value is what you get”. Value can be thought of as the economic benefit that an item will bestow upon its owner and it will vary based on the individual’s preferences. Price is simply what the market feels an item is worth at any given point in time. If you have a favorite car that you love driving just for the fun of it, the price is irrelevant to you because you value the feeling that is provided by driving the car. It might cost $50,000 but you value a car that is fun to drive more than $50,000 sitting in your bank account.

The stock market has all kinds of ways that it attempts to measure the value of a company. Some metrics look at cash flows while others look at profits; some look at past trends while others predict future trends; some look at income statements and others focus on balance sheets. Even if there are some assumptions built into these calculations, they are all based on a company’s fundamentals. These are observable and quantifiable and past predictions can be compared against current realities.

The price of a stock, however, can be determined by many more factors that are often quite nebulous. Between 9:30 am and 4:00 pm ET on any given weekday, you can see exactly what the price of one share of Apple stock is, but what all goes into determining that number? Ideally, there will be some fundamental component tied to the value of the company; people know that Apple makes a lot of money selling phones and they want to claim a stake in that revenue stream. There might also be some element of forward-looking expectations as well; Apple sells a lot of phones today, but I think that they are going to branch out into newer products in the coming years that will also be successful, so I want to buy shares now and participate in that potential future revenue increase. There is also a demand component that can be based on intangible elements like the “story” behind a given company, an investor’s personal interests, and the gut feelings of traders and individuals. 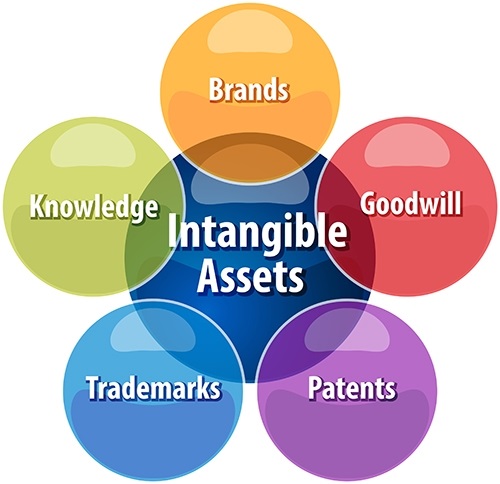 Consider Walmart and Tesla. Tesla has an exciting new product that aims to disrupt an existing industry and sales are really starting to take off. Walmart is also innovating beyond their solid footing in brick-and-mortar retail into the online space where they want to be a competitor to Amazon. Both stand to see significant revenue growth if successful, but one has the safety net of a well-established chain of stores with significant cash flow while the other does not.

As of their most recent earnings reports, Walmart reported revenue over the previous twelve months of just over $550 billion, while Tesla brought in $31 billion in revenue over the same period (the companies have different fiscal year-ends so the time period isn’t exactly the same but the magnitude of difference is still stark). Tesla’s stock price, however, went up 325% over the last year while Walmart’s increased by just 17.5% (as of 2/19/21). Walmart generated 17 times more revenue but Tesla’s stock price increase was more than 17 times larger.

This is where the intangibles that we mentioned earlier come into play. No one gets excited when they think about Walmart. Tesla, on the other hand, is the future! Fast! Environmentally friendly! Good looking! Status symbol! As climate change becomes a more real threat, there is also a vision of an all-electric future for automobiles. Buyers of Tesla want to be a part of the solution and not miss out on the coming wave of adoption. Investors who buy into Tesla likely weigh at least some of this in their decision to invest but overlook that all of these are hypothetical. Walmart’s $550 billion of revenue? That’s a bird in hand, albeit a much less sexy one. All of this creates the gut feeling, personal interest, and narrative that can drive the demand for a stock. As more and more people buy into these elements, it becomes self-perpetuating for a while as momentum and the fear of missing out kick in. When the demand-side influences start to dominate or ignore the fundamental justification, bubbles form. 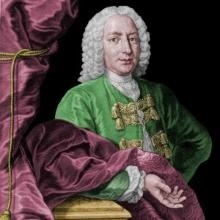 Goals-based investing has gained increased popularity among advisors who take a more holistic approach than simply focusing on returns with their clients. From the perspective of goals-based investing, a thought experiment from the eighteenth-century physicist Daniel Bernoulli demonstrates how these types of demand-fueled bubbles actually fit within the framework of rational investor behavior. Individual investors all have different goals related to their starting wealth, desired ending wealth, and time horizon. Based on these factors, different people could all have the same expectations for a security’s level of volatility but still come away with different rational price expectations.

Someone with lower starting wealth, a higher desired ending wealth, or a shorter time horizon might look at a security with high volatility and see that as a benefit since a high level of upside volatility is the only way to achieve their goal, and the downside volatility that accompanies the investment is an acceptable tradeoff. They would place a high price target on the security in question. Conversely, someone with a high starting wealth, lower desired ending wealth, or longer time horizon might require a lower rate of return to meet their goals, and because of that, will prefer securities with less volatility. They would place a lower price target on more volatile investments.

Over just the last few years, we have seen a number of bubbles slowly inflate before quickly reversing course and popping. Consider cannabis stocks in the fall of 2018. There was a feeling that Democrats would gain control of Congress during the midterm elections and that the momentum towards marijuana legalization would accelerate. Additionally, there were only a handful of publicly-traded cannabis stocks available at the time so the surge in investor interest was funneled into the stocks of those few companies. The narrative drove prices far beyond what the fundamentals justified as people hopped onto another wave of the future.

From their early 2018 lows to their Fall 2018 highs in September and October, Canopy Growth, Aphria, and Aurora Cannabis all rose 150% or more with Tilray skyrocketing more than 850%. By December, just two months later, each of them had fallen more than 50% from their 2018 highs with Aphria and Tilray down around 70% each. The downward trend continued past 2018 with Canopy falling another 60% to its post-2018 low, Aphria another 50%, and Tilray and Aurora dropping another 90% or more. All of these companies’ shares are still trading and have actually staged quite a turnaround from their post-2018 lows. Aphria has seen its stock price surpass its 2018 high point, and Canopy has come close to that milestone, but Tilray and Aurora still have share prices far below their 2018 highs.

As Bitcoin’s bubble reinflates, the electric car industry seems to be AMPlifying (....) another one. We already outlined the Tesla narrative of cutting-edge futuristic technology earlier, but this goes way beyond just one company. Other electric car manufacturers such as Workhorse, Lordstown Motors, and China’s NIO have all seen their stocks ride the EV wave. Once those got too pricey for investors, EV battery and parts suppliers became the next targets as Kandi Technologies, Blink Charging, and LG Chem all surged as well. Even further down the supply chain, lithium miners such as Albermarle, Sociedad Química y Minera, and Freeport-McMoran have all benefited.

Cannabis, Bitcoin, and electric vehicles all have the common theme of “trends of the future” which is what also drove the dotcom bubble in the late 90s. That’s not to insinuate that the EV bubble will inevitably pop as the rest of these examples did, but the sentiment around the industry is seemingly euphoric at the moment.

What happens when the euphoria around a building bubble is actually justified? What if electric cars, bitcoin, and marijuana really are the waves of the future like the internet was 25 years ago? Looking at the dot-com bubble with the benefit of twenty years of hindsight might provide an example of how bubbles can develop in the very long-run. In the second part of this series, we’re going to do exactly that.