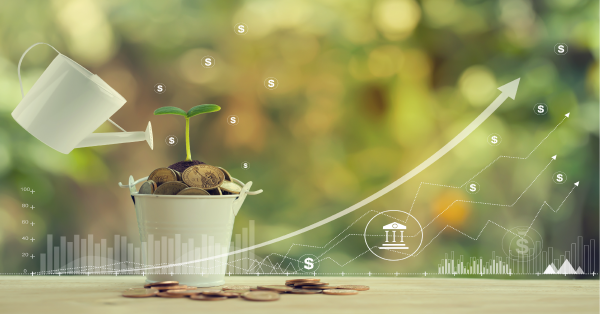 Opening a Roth account is a smart way to save for retirement because you can invest after-tax dollars today and avoid paying additional income taxes in the future - as long as the account meets certain requirements.

Standard pre-tax retirement contributions such as a 401(k) are fully taxable, but withdrawals from Roth accounts are exempt from federal income tax. This means that Roth accounts offer tax savings over many employer-based plans since the account earnings are never taxed.

In this article, we will be sharing more details about the Roth IRA and Roth 401(K) accounts and how you can take advantage of each of them.

A Roth 401(k) is a type of employer-sponsored retirement savings plan funded by after-tax earnings.

In other words, income tax is paid immediately on the income withdrawn from each paycheck and placed in the retirement account by the employee. Withdrawals from the account will be tax-free after the employee retires.

This contrasts with a traditional 401(k) plan, which is funded with pre-tax dollars. The deduction from wages is deducted from the gross remuneration of the employee. It is only when money is withdrawn from the account that income tax will be due.

Many, but not all, employers who offer 401(k) plans offer both Roth and traditional 401(k) alternatives.

The benefits of a Roth 401(k) plan largely depend on your perspective. From the government's perspective, it generates current revenue in the form of tax dollars. This contrasts with a traditional 401(k), where investors get a tax deduction for their contributions. Because of this deduction, funds that would otherwise be lost to the IRS remain in the tax-deferred account until withdrawn.

From an investor's perspective, the account is expected to grow over time, and the money that would have been lost through taxes would instead work for the investor over all those years. Since the tax deferral stops when the money is taken out of the account, the government also wants these assets to grow. In effect, the government is giving you a tax credit now in the hope that there will be more money to tax later.

The Roth 401(k) works in the opposite direction. Money earned today is taxed today. If you deposit this after-tax money into your Roth, withdrawals after age 59¬Ω will be tax-free if the account has been funded for at least five years. Investors are drawn to the idea of having tax-free money in retirement.

The idea that tax revenues are paid today rather than deferred is favorable to the present government. It's so attractive that lawmakers have proposed replacing traditional tax-deductible IRAs with accounts like the Roth 401(k) and Roth IRA.

The withdrawal rules of a Roth 401(k) are not as flexible as those of a Roth IRA.

Unlike an IRA, you cannot withdraw contributions from a Roth 401(k) at any time. For distributions, it has a five-year rule; you must maintain the account for five years before distributions are declared qualified and can be exempt from tax. This limitation applies even if you have reached age 59 1/2 when retirement distributions are generally permitted. This is something to think about if you start late and need the money right away. In this situation, a Roth IRA might be a better option.

Then there's the other option: you'd rather not have access to the money at all. Roth 401(k)s, like traditional 401(k)s and traditional IRAs, require you to start making distributions at age 72. These are called required minimum distributions. However, the Roth 401(k) offers a simple solution: its balance can be immediately transferred into a Roth IRA without incurring tax consequences. Since the Roth IRA does not require minimum distributions, you can keep the money and pass the account on to your heirs.

What is Roth IRA?

An IRA is an individual retirement account. IRAs include a special category of retirement accounts in the United States that offer varying tax advantages depending on the type of IRA chosen. A Roth IRA is taxed as money is added to it, allowing it to grow without additional taxation and be used without taxation.

A Roth IRA can be invested in a range of winning strategies, including mutual funds and traditional stocks. When the money is first invested in a Roth IRA, it is taxed federally based on the current tax bracket, which may be a disadvantage for some compared to a traditional IRA. However, when money is withdrawn from the Roth IRA, funds up to the amount invested in it are still federal tax-exempt, and often the entire funds are federal tax-exempt.

The Internal Revenue Service (IRS) allows you to contribute $5,000 per year if you are under 50 and $6,000 if you are older. However, there are certain income requirements: you must earn income to contribute to a Roth IRA, and you cannot contribute more money than you have earned. Also, you cannot contribute to a Roth IRA if you earn more than $177,000 and are married and filing jointly; the limit is $120,000 if you declare separately as single, head of household, or married.

The ideal account for your needs is determined by your current and future financial situation, as well as your ambitions.

Those looking for more flexibility with their assets, such as no minimum distributions, may prefer a Roth IRA. This is particularly useful if you intend to pass the account on to an heir. However, Roth 401(k) funds can be transferred into a Roth IRA at a later date.

If you're unsure of your retirement tax rate, income, and expenses, one solution might be to contribute to both a Roth 401(k) and a traditional 401(k). The combination will give you both taxable and non-taxable withdrawal options. As a retiree or married couple with Roth 401(k) and traditional 401(k) plans, you can use your tax status to select which account to access.