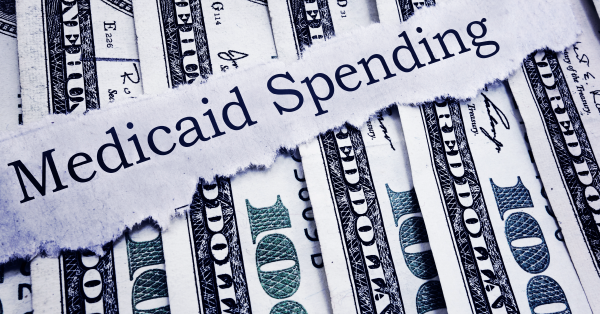 To qualify for Medicaid, you need to meet several requirements such as having limited assets and income, and a need for care. The limits vary from state to state, by marital status, and by the program.

If you’ve met all the eligibility requirements for medical but haven’t met the asset/and income limit, you may still qualify for Medicaid. This can be done through a program known as Medicaid spend-down.

What Is a Medicaid Spend Down?

A Medicaid spend-down is a financial strategy used when one’s income is too high beyond the allowable Medicaid limit. To qualify for Medicaid, you need to spend down some of your income and assets to a level that allows you to qualify for the program.

You can apply for Medicaid by filling out the application through the Health Insurance Marketplace or via your state Medicaid agency. However, keep in mind, that each state regulates Medicaid spend-down eligibility differently. The process can also be a little overwhelming since Medicaid will not pay for nursing or medical care until you’ve submitted medical bills that will add to the spend down amount.

Do you suspect your loved one will need to meet the spend-down requirements in the near future? It’s important to understand the eligibility limits and requirements.

Rules, Exemptions, and Limits of a Medicaid Spend Down?

For you or your loved one to qualify for Medicaid, you often need to complete an asset or income spend-down. This means, as earlier mentioned, you must spend some of the assets or income - generally on health care and medical-related costs. You also have a leeway to spend money on accrued debt such as credit card balances, vehicles, or mortgages.

Examples of the bills you can spend money on include;

Assuming your senior dad earns $800 a month in pensions, etc., and the Medicaid income limit is $600 in his state. They need to spend down $200 before they can have their medical bills sorted by Medicaid. Spending this down per month consistently can be tricky, depending on your dad’s medical needs.

Say your dad has a medical bill worth thousands and which has been pending for a while, he can use the $200 to pay for the bill until the debt is cleared. Or if he has regularly monthly medications or routine doctor visits, the $200 could go towards that.

Different states have varying asset limits when it comes to qualification for Medicaid benefits. One needs to spend down all eligible assets required to receive Medicaid benefits as per the set threshold. Luckily, you don’t have to give up your car or house.

Assets such as cars, houses, and machinery are generally considered non-countable assets. However, if you live in a rather expensive house, say worth more than $1 million, you may be required to use some level of home equity in a Medicaid Spend down Scheme. Personal belongings are also generally not considered.

Countable assets include things like money in a savings account, a second home, perhaps one you’re renting out –you may need to sell it and channel the money towards health care expenses.

IRAs and 401(k)s are also often considered countable assets unless you’re currently paying out. Investments such as stocks, bonds, and mutual funds will also be counted.

Calculating the Asset Spend Down Amount

It may be clear that one needs to spend down some of the countable assets to qualify for Medicaid, but the exact amount that needs to be spent is often not so obvious. This is because different states have varying asset limits, as well as different terms for married and single applicants.

While we have oversimplified it in this article, Medicaid spend down can be complicated, and if not done carefully, one can be disqualified from Medicaid. For instance, if you gift assets to friends and family members very often, you can be disqualified or earn yourself a penalty period.

If you’re over the income limit and you wish to apply for Medicaid, professional Medicaid Planners can be instrumental in this process. Just remember, being over the income and asset limit doesn’t mean you are locked out of the Medicaid scheme. A careful Medicaid spend-down process is all you need.